Young people from 92 countries around the world lit candles for Bible study.

Two 60-year-old seniors came out on stage with a Bible and a candle. The candlelight, which represents one-on-one Bible studies for discipleship, was transferred from generation to generation. Starting from the two seniors in their 60’s, the candles were transferred to disciples aged around 40 and 50 and then they transferred their candlelight to the young generation. The image of the young people standing behind the stage and holding the candles was reflected in the video. The moderator explained that the young people are expressing their will to carry the spirit of the cross of Jesus and the gospel work from Korea to the rest of the world. 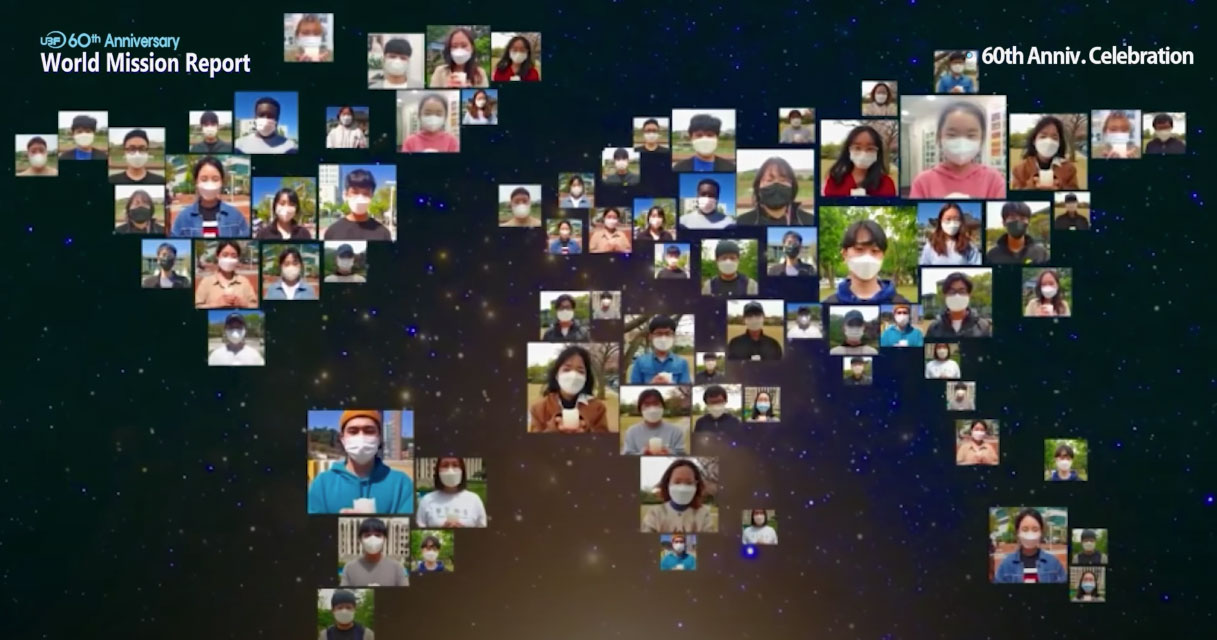 Celebrating the 60th anniversary of the establishment of UBF, which started in Gwangju in 1961, a World Mission Report for 2021 was held to commemorate university student evangelism and world missions. The theme was 'Paul in Rented House'. The pre-recorded videos which were taken at the Built House Studio in Paju, Gyeonggi-do, Korea were broadcasted.

In a sermon titled ‘Paul in rented a house’, Pastor Moses Yoon told the story of the apostle Paul, who was on a mission in Rome, preaching the gospel of Jesus in the midst of suffering. Pastor Yoon said, “Even though he was chained, he believed the word of God was not chained, and he faithfully preached the word in his rented house...The gospel Paul preached in his rented house went out and conquered the Roman Empire, and through the Roman Empire, changed the course of the history of the whole world”.

With this example, even though we are bound, God can use us when we do our best in the midst of suffering and limitations because the gospel is not bound at all.

He continued, "Let's live by the hope of the eternal kingdom and spread the true hope of God." Let's start with the little things we can do amidst our situations which include the pandemic and the unbelieving generation without giving up. God himself will work mightily, not by human power. 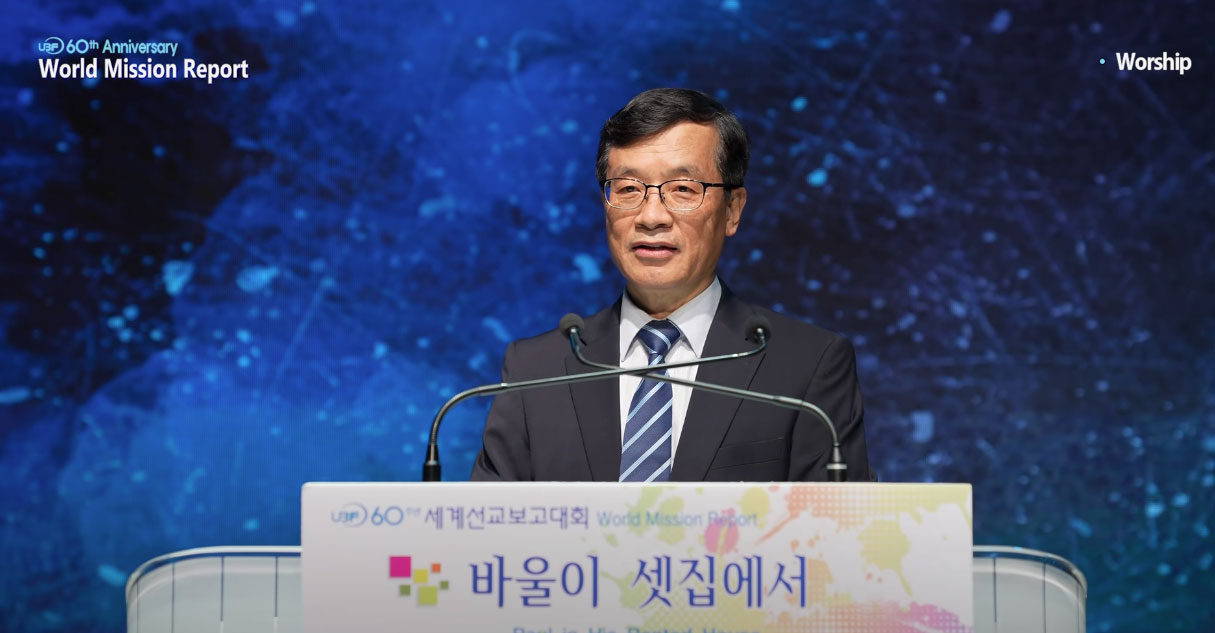 Then, seven young people shared their life testimonies representing 6 continents. Among them was N*ick Livingston (30) from Melbourne, Australia who became addicted to drugs as a teenager. He met his wife and accepted Jesus. Since then, he has continued to study the Bible at UBF and serve God. Last February, he and his wife opened his house church to serve young people and build their faith in the word. Nick said, “All the blessings I received were from God’s providence. I believe that God led me to UBF in order to become a believer who can take root in the word of God and secure my faith in it.” The testimonies in each region continued, including the confession of a young man who found his identity from God through studying the Bible deeply.

Lastly, Pastor Moses Kim, UBF Korea representative, said, “God has used UBF preciously in the biblical history of Korea and world missions over the past 60 years. Let us continue to participate in the remaining sufferings of Christ and establish the work of God in the future.”

UBF has 336 local chapters in 92 countries around the world, along with 80 chapters in Korea. About 1,500 missionaries have been sent out from Korea thus far.